Showing posts from May, 2017
Show all

Bloggers/vloggers that have influenced me...

Hey there! I have spoken of my influences in areas such as music, writing, film, and other forms of entertainment I might take part in, but it occurred to me that I have never spoken of those that influenced me in my blogging and vlogging. So here goes. :) A few years ago, I stumbled upon the Underground Wellness YouTube Channel when I was researching a few health related websites. At the time, I had an issue with my thryroid. I was getting to be dangerously thin, my skin had a sort of sallowness to it, among other things. Instead of being on meds, I wanted to try and take care of it by making some lifestyle adjustments. I was becoming disillusioned by much of the medical industry. Then one day I happened upon this particular video. :) I was then introduced to Underground Wellness and its founder, Sean Croxton. The above video made me want to watch more and the next two videos had me hooked. What I liked about Underground Wellness was that it wasn't a 'magic
Post a Comment
Read more

Living History and One-sided Perceptions of the Past, Pt. 1 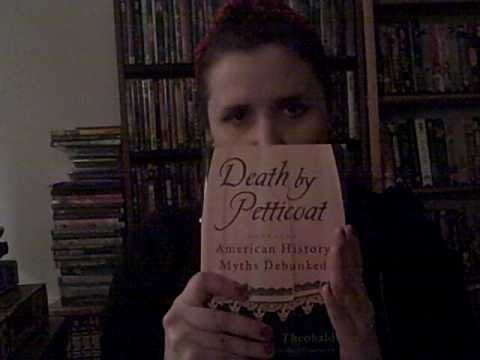 Well hey there. A lot has been on my mind in the last few weeks, and I vented some of it out in two videos. If you haven't seen them yet, here they are. As someone within the Living History realm, I can say that it has been a truly great time and I have met/am meeting a lot of awesome people from whom I continue to learn much from. Though in addition to that, I view it as a sort of responsibility, one that involves giving the public an accurate (or as accurate as possible) and well-rounded account of historical events. Much of this is heavily weighed upon portrayals of the different types of individuals that lived throughout the ages. When a visitor comes to a historical site it is up to those working it to try and convey this and encourage said visitor to adopt an appreciation for those that came before them. Historical reenactment extends far beyond dressing up in a 'pretty costume' (sometimes they're not so pretty, depending on who you are portraying), an
Post a Comment
Read more

Getting you all warmed up for my next blogpost... I had a little rant prepared after something that had been weighing on me, but since I've cooled off, I broke it down into two questions. Jas Townsend & Son YouTube Channel http://www.youtube.com/jastownsendandson A 19th Century Housewife featuring Kim McCann (jas. townsend channel) https://youtu.be/CUx9U_e4qlA Gentlewomen of the Press http://www.history.org/foundation/journal/spring03/womenofpress.cfm For All the Grace of the Sex https://www.history.org/Foundation/journal/Spring04/women.cfm Why I'm Involved with Living History (from my blog): http://tiffanyapanwritingproject.blogspot.com/2016/08/why-i-am-involved-with-living-history.html History Myths Debunked http://historymyths.wordpress.com Eric Sloane website: http://www.ericsloane.com/ Conner Prairie Website (check it out!) http://www.news-connerprairie.org/ A follow up to my last video, "Living History: Two Questions" and
Post a Comment
Read more

One of My Favorite Interviews...

May 20, 2017
In my short entertainment career, I have had the pleasure of doing many awesome interviews, but this one is among my favorites. It is from about a year ago (just before I did my first #B2BCyCon ). Thanks Jon Towers for the great interview and conversation! If you haven't heard it yet, have a listen. :) http://www.stitcher.com/podcast/red-horse-radio/e/230-tiffany-apan-writer-history-geek-musician-actress-43416168
Post a Comment
Read more 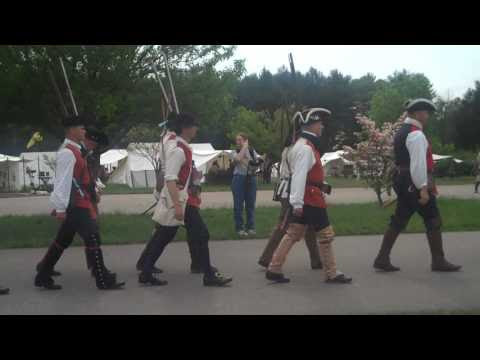 A couple weekends ago I did some 18th century camping at Ft. Frederick in in Big Pool, Maryland. Because it was such an awesome time, I did a recap and merchant haul. NOTE: Due to my editing software's unwillingness to cooperate in making it one whole video, I had to divide it into two parts. Part 1 is the recap/video footage of the event and part 2, the merchandise haul. :) Fort Frederick Market Faire www.friendsoffortfrederick.info/market_fair.html Featured Merchants: Amey's Adornments http://facebook.com/ameysadornments Paul McClintock (From Common Hands Studio http://www.fromcommonhands.com/ The Virginia Floor Cloth & Textiles Co. http://virginiascarves.com Dobyns abd Martin Grocers http://dobynsandmartin.com Fashions Revisited http://fashionsrevisted.com Samson Family Leather http://samsonleather.com
Post a Comment
Read more

How I spend some of my days...

Anaerfell (The Blood of Dragons, #1) (on sale this weekend!) 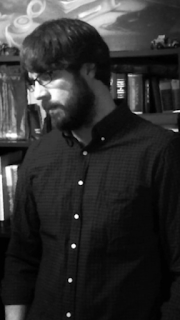 The Blood of Dragons: Book 1 A Novel You Cannot Put Down Drast and Tyran might be considered a bit black-hearted, or even immoral. Drast is cunning but reckless, hunting for admiration. Tyran is calculating but tactless, searching for affection. When the two brothers set aside their ambitions to fulfill their father&#39;s desire for immortality, they readily discover many opportunities for redemption. Now, while wielding a powerful magic that drains their life, Drast and Tyran will embark on a maddening quest, facing skin-switchers, dragons, and the God of the Dead. Grab a copy today. BIOS Joshua Robertson was born in Kingman, Kansas on May 23, 1984. A graduate of Norwich High School, Robertson attended Wichita State University where he received his Masters in Social Work with minors in Psychology and Sociology. His bestselling novel, Melkorka, the first in The Kaelandur Series, was released in 2015. Known most for his Thrice Nine Legends Saga, Robertson enjoys an e
Post a Comment
Read more 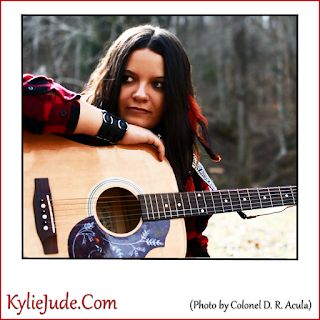 TA: First, tell the lovely readers a little about yourself and your work. KJ:  Hey, lovely readers! I’m Kylie and I write stories, compose music, edit book trailers and other things, and dabble in digital art. I grew up all over the place but now live in the magical woods of Eastern Kentucky with my husband Eric Jude (.Com) and our ferocious furrbaby, Clack. I’ve only published one short story so far, but I have a lot more coming. TA:  Now as a multi-faceted artist, is there one artform you would say is primary to the others? KJ:  Oh man, that’s a tough one. It’s almost like choosing a favorite child! Video editing is probably the most fun for me, especially when it’s done to music (like trailers and music videos) but I’d say as far as doing something that has meaning and makes me feel like I’m accomplishing my purpose in life, it’s between composing music and writing novels – specifically my Science Fiction series The Undying Chronicles, which I hope will motivate and ins
Post a Comment
Read more 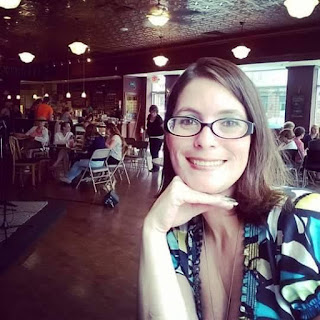 A.L. Mabry is a publisher and multi-genre author. She is currently working on several projects, including a short story collection, Darker Daze: The Storms Within (dark fiction) and the first book in her Chthonian Guardian trilogy, Soul Purge (fantasy). Darker Daze is being released exclusively on Patreon while Soul Purge will be published in 2017 by OWS Ink, llc. She has a sci-fi project in the works, Vivamus (science fiction), which will be released in early 2018. A.L. Mabry is one of the founders of and the Executive Marketing Manager for Our Write Side (OWS Ink, llc), an online community for writers, readers, publishers and more. She writes occasional articles on OWS focused on the connection between life and writing. She publishes articles on Medium and also has a weekly writing prompt; Coldly Calculating: Writing By The Numbers: Putting a dark twist on colloquial phrases with a numbers theme. She was previously the Editor in Chief for Eat, Sleep, Write and once ran a succ
Post a Comment
Read more
More posts