Showing posts from June, 2014
Show all

June 26, 2014
Another interview conducted at Horror Hotel in Hudson, OH. For this, I interviewed Gary Jones of the film, "Axe Giant: The Wrath of Paul Bunyan." He talks of the making of the film as well as a couple behind the scenes stories. The film's score was also done by the amazing Midnight Syndicate. Enjoy! And if you like this video, Like it, Subscribe, and Share with friends! Also, check out more on the move at http://www.axegiantmovie.com/ And check out Midnight Syndicate at http://midnightsyndicate.com
Post a Comment
Read more

"Shameless Self-Promotion: When is it too Much?" or "Remember the Good Old Days of MySpace?"

June 25, 2014
Hey all, Getting down to the end of the final edit of Descent and I'll also be posting the new blogging schedule soon. Also, if you haven't yet, check out my interview with Gothic Divine Magazine.  I'll be getting back to my Night Terrors and Bygone Eras series, but I did want to address something that I have noticed a great deal of over the years of doing what it is that I do. I may even cover more in a future vlog. I wanted to write about something that has been burning at my brain ever since I got set up on MySpace a few years ago (back when it was the thing to be on...yes, remember MySpace, everyone?). I'm sure everyone who has been on the social networking scene has been introduced at some point to the notorious 'friend collector.' The friend collector comes in many shapes and sizes. Some are your everyday average joes who like to play the popularity game for reasons only they know. They don't really do anything extraordinary that needs t
Post a Comment
Read more

June 24, 2014
The lovely folks at Gothic Divine Magazine conducted an interview with me. Go check it out and show their page love. :) http://gothicdivinemagazine.blogspot.it/2014/06/an-interview-totiffany-apan.html If you would like to join our community and receive content exclusive to email, join our little tribe and  Subscribe to my Messages from the Labyrinth Mailing List. . We promise to never share your info or spam you. Ever. You can also  subscribe to my YouTube Channel for new vlogging updates. ****** My stories, "The Cemetery by the Lake" and "Dusk to Dawn" are available at Smashwords and Barnes & Noble NOOK. More retailers will follow, but Smashwords is pretty compatible with most e-reader and PC formats. Tiffany Apan at Smashwords  and  Amazon "The Cemetery by the Lake" at  Smashwords  and  Barnes & Noble NOOK "Dusk to Dawn" at  Smashwords Tiffany on  Goodreads My music is also available at  CDBaby Tiffa
Post a Comment
Read more 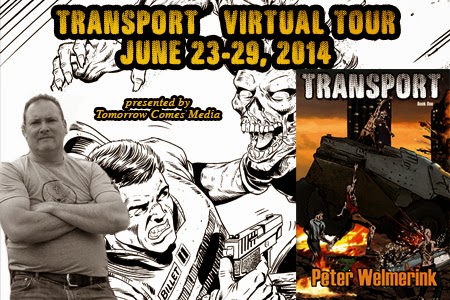 For the Summer Solstice/First Day of Summer: Part 1 of Descent

June 21, 2014
Hey all, ALMOST finished with the final edit of Descent (The Birthrite Series, #1) and decided to share Part 1 as a preview for those who have not previewed it yet. And for those who read an earlier draft, its been edited heavily since then. Oh yeah, and this part in the book also takes place on the Summer Solstice of 1844. :) Enjoy and feel free to share! BOOK ONE, DESCENT PART 1:  HECTOR’S CAVE June 20, 1844 Tuxpan , Mexico 1 The serenity of early evening surrounded Hector as he walked along the shore. He reveled in the ocean’s tide swallowing his bare feet as he headed toward the secluded area pocketed at the other end of the beach. It was a place only he knew of. A place never visited by anyone. Except him and Samuel. Even at sixteen, Hector thrilled at the idea of a secret retreat that was all his own. Most young men his age were long passed such things, but Hector was not like his peers and finding common ground with someone was rare for him. He still quest
Post a Comment
Read more
More posts