what my pages and work are all about...

This is a video from a music gig I recently did with the historic music group, Wayward Companions. One song we almost always do at the end of our gigs is the song "Drunken Sailor" and it is one that we make audience participation because a song like this is more fun that way.
I also enjoy this because it is something brings everyone together at the end and all are together and on the same page. No one is judging anyone either, even if someone messes up. Just everyone having a good time.

It is also always a pleasure performing for historical re-enactors (as was the case with this gig) because it truly is made up of people from all backgrounds, walks of life, races, ethnicities. All are people with an honest interest in history and humanity throughout the ages. It's all different kinds of people re-enacting history because all sorts of people lived throughout history. And, as I said in my blog post, Why I Am Involved with Living History, all their stories need to be told.
There is a reason for my dedication "to those who have been forgotten with time" at the start of my book series, The Birthrite.
THIS is what I decided to continue doing throughout this current messy political climate. I will continue promoting only love on my pages and everywhere else. I will continue bringing history to light and giving great (yes, great) historical figures the credit they deserve. I think there is much more there that connects people, not separate them. And people can listen or not listen. If it's not PC enough or doesn't fit a certain narrative, well I will bluntly say, too bad.


THIS is what my pages will be about. Love, friends, and a neverending search for truth.


For first access to giveaways and other content not seen by the rest of the world, sign up for the free Messages from the Labyrinth Newsletter!

Paperback copies of Descent (The Birthrite Series, #1) are available for the low price of $17.00 at my Official Website

My store and product line, Antiquity & Illusion is now available online at my website's store and at Storevny. If your a first time visitor, enter the coupon code, ANTIQUITY for 15% off of your entire first order. Note that this discount is only available at the website store. I will be setting something up for the Storenvy site very soon. :)

Posted by tiffanyapan at 12:11 PM No comments:

My Thoughts on the 2017 Inauguration

I can wax philosophical about the inauguration, but I have a busy day and only have energy to devote to the following:
- BE that change that you want to see happen and never 100% rely on politicians to do it for you. It is also up to us to better ourselves and our lives.
- Thank you to the Bush's, the Clintons, the Obamas, and, yes, the Trumps for showing a great deal of class during the inauguration (and thanks to G.W. for the hilarious poncho moment). Thank you Barack Obama for your 8 years of service. To Donald Trump, please represent us well. If he doesn't we can hold him accountable. To former president George H.W. Bush and Barbara Bush, I wish you both a fast recovery.
- Get out of your echo chambers. Both of you (Dems and Repubs, as well as everyone else). I also highly recommend adding "Propaganda" by Edward Bernays to your reading list.
- two wrongs don't make a right. Destroying property and businesses that are people's livelihood will not change the outcome, nor will it make your life any better. It also will do nothing to endear people to your cause and will only prove the point of those that oppose you. Just sayin.
- And please, for the love of all that is holy and sacred to you, don't be lazy. FACT CHECK before posting an article. Just because it's on your news source of choice doesn't mean it's the absolute truth. There's been too much BS going around and I can't tell you how many times I've seen articles posted that turned out to be false, And if your excuse is "but...but...okay, maybe this article is false but this stuff really does happen!" Then go look for an article of a similar incident that is actually true and post that one instead. Because otherwise you are basically saying that it is okay to skew facts as long as it fits your viewpoint. At the very least, use Snopes (though if I had my way, there would be a TON of book reading, of book reading, website and news article perusing, libraries would be packed, and their would a lot of discussing on the subjects being studied).

And here is an interesting video that I and I'm sure many others out there can certainly relate to:

Enjoy your weekend, everyone. :)


For first access to giveaways and other content not seen by the rest of the world, sign up for the free Messages from the Labyrinth Newsletter!

Paperback copies of Descent (The Birthrite Series, #1) are available for the low price of $17.00 at my Official Website

My store and product line, Antiquity & Illusion is now available online at my website's store and at Storevny. If your a first time visitor, enter the coupon code, ANTIQUITY for 15% off of your entire first order. Note that this discount is only available at the website store. I will be setting something up for the Storenvy site very soon. :)

Posted by tiffanyapan at 12:52 PM No comments:

Email ThisBlogThis!Share to TwitterShare to FacebookShare to Pinterest
Labels: 2017 inauguration

I hope the new year has been treating everyone well so far. :)

For my first post of the year, I am shining the spotlight on author, Sai Marie. She has written many works to date, but today we feature her fantasy series steeped in ancient lore, titled The Tales of Valisa.

Read below for a synopsis and excerpt The Tales of Valisa: The Rebellious Princess. And don't forget to check her out at her websites. :) 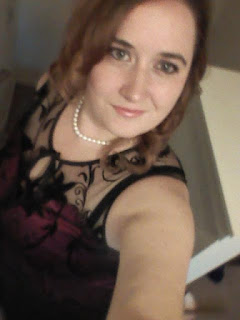 Sai Marie is a an author, poet, and independent journalist who enjoys writing stories for audiences of every age. Her range is very non-genre specific and her inspirations come from the quirkiest of places. Within this author lies a million worlds and even more characters than one could ever imagine finding, this is a woman who is a writer by every definition and her stories are sure to become favorites for readers from all walks of life

The Tales of Valisa Synopsis:

The Tales of Valisa: the Tamiran Elves Legacy debut book entitled, The Rebellious Princess, is about a young elven princess who grows bored with the monotony of life around her. With a desire for adventure, and a need to find an old friend, Irek of Grevacia, Princess Analise Alehandra Tamira embarks on a journey of self-discovery. Unbeknownst to Analise her father, Lord Marcus Scipio has many enemies lying past the veil lands in the Qaterlain. Soon Analise finds herself lost within the Draconic city of Akirex'Xal where a barbaric King, Oarxxas Va'ie takes her captive. Will Queen Tri'Shena, and King Marcus ever see their beloved daughter again? Find out in this premiere book in the Tamiran Legacy series. 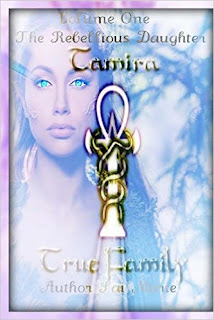 The Tales of Valisa: The Rebellious Princess (Excerpt) 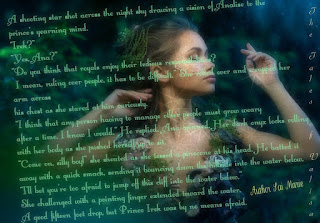 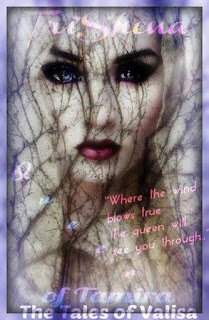