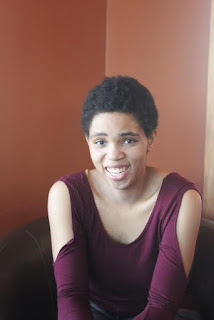 Shakyra Dunn can't stray away from the impression that there is always an adventure around every corner! She is the author of the fantasy series "The One Left Behind," and the upcoming fantasy novel "The Final Lesson!" When she isn’t playing the role of the Creator, she is marching through the worlds of her favorite video game characters or taking drives around her city to see the sights. Born in Chicago, Illinois, she currently resides in Cedar Rapids, Iowa, striving to experience more than the little town.

Synopsis of "The Final Lesson":

Apprentice Arcana Leilana Erovina has the chance to rise to power when she is granted a final test to gain the title of Warlord that she has craved for the last five years. She is assigned to travel about the land of Adrylis and learn one spell from every magical being. However, there's a catch--she is not to learn from the ancestors of wizardry before her. Instead, she is assigned to learn something more from the souls that she encounters in the world of Adrylis: humbleness, passion, understanding, laughter, friendship and love. Adrylis is in crisis, war at the doorstep of the kingdom of Linmus. Prince Remiel Vesarus is forced into hiding, racked with vengeance towards the terrorists that have destroyed all that he has ever known. With his loyal attendant Solus Brenner at his side, together they seek to restore their kingdom to its former glory and end the conflict of previous generations. When fate pulls them down similar paths, they will discover that the magic budding in their crumbling world certainly comes with a price. 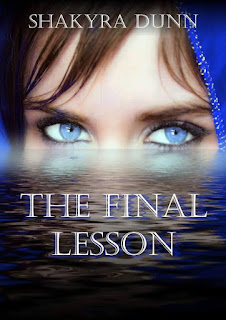 Posted by tiffanyapan at 8:16 PM No comments:

A Reading of Propaganda and More to Come...

Hope you had a wonderful Passover/Easter/Ostara and that you are have a great week as well.

There are a few things coming up on the blog starting this week. Two weeks ago, I had the honor of appearing at Brain to Books' B2BCyCon2017. This was my second year at this cyber convention and it keeps getting better! Descent (The Birthrite Series, #1) did well at the event this year and I look forward to bringing you the next full-length installment in the series soon! I will also be featuring several authors that I met at the con, so be sure to check those out as they are posted. :)

I am also going to be doing readings of Propaganda by Edward Burnays, because I this piece of work is one of great importance. I will get more into this at a later date.

Until then, enjoy a reading of an excerpt from my book Descent (The Birthrite Series, #1), brought to you by Brain to Books' own Angela B. Chrysler:


Posted by tiffanyapan at 8:48 AM No comments:

Email ThisBlogThis!Share to TwitterShare to FacebookShare to Pinterest
Labels: news, the birthrite series

I am having a blast here at the Brain to Books CyberCon. This is my second year participating and this year, I am doing so to a much larger degree. I have been hanging out in Horror Hall, both as an author and a moderator. I also have an article in with the Horror Genre Tour and Angela B. Chrysler read an excerpt from my book Descent (The Birthrite Series, #1).

My article for the horror genre tour

In not even fifteen minutes I will be doing an author takeover at Sci Fi Soiree (4pm EST). We also have a contest going on over there. You can win up to six books and Descent is one of them!

So that is a quick update. Hope to catch you all in there! :)

Posted by tiffanyapan at 12:54 PM No comments:

If you follow me on social media (Facebook, mainly), I did announce that I have a lot of cool news that will be released soon. Well, the first is the Brain to Books B2BCyCon and my involvement with it.

This will be my second year doing the CyCon, though I am doing a lot more this year. Last year was more of a 'test the waters' year where I only had my author booth/showcase, but the experience still turned out to be worthwhile and I met many awesome people that I am still in touch and collaborate with in one form or another. For the CyCon 2017, I and my books are involved in a few different events and will be posting links and such close to and during the convention.

In the meantime, here is a list of some of the events involving my work:

Story Time (the lovely Angela B. Chrysler will be reading an excerpt from Descent)

My book, Descent (The Birthrite Series, #1) will also be one of the items in the Sci-Fi Soiree grand prize giveaway.


You can check out more on the expo at the following links:

The cybercon will take place on Goodreads, Facebook, and YouTube. I will also be doing some updates here and on my social media pages during the event. :) 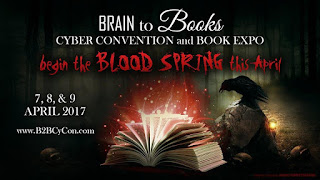 Posted by tiffanyapan at 5:45 PM No comments: