Showing posts from August, 2014
Show all

A Few Vids That Have Something To Do With My Next Blogpost... 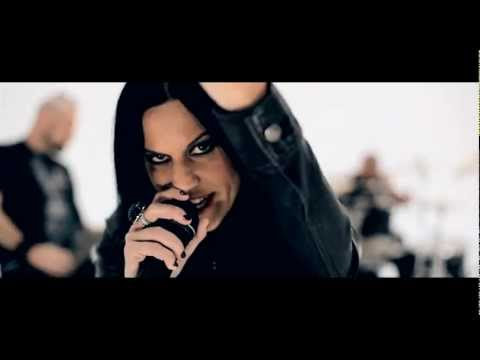 Excerpt From Kindred (The Birthrite Series, #2)

August 25, 2014
Hey all, Since I'm also working on Kindred (Book 2) tonight, here is an excerpt from it. As I said, Kindred focuses more on the story of Dorothy's cousin, Cletus, though we do revisit characters from Descent as well. Other excerpts of early drafts from future books in the series can also be found here. WORKING SYNOPSIS FOR KINDRED (THE BIRTHRITE SERIES, #2) In 1935, a couple years following a tragic death in his family, 20-year-old Cletus Blake comes across the camp belonging to a Romani family passing through. It is there he meets seventeen-year-old Alisa, and begins a chain reaction that will reunite two families who once held a great, if unconventional, friendship...along with a whole lot more...   EXCERPT FROM KINDRED (THE BIRTHRITE SERIES, #2) DAYTON, OHIO Summer of 1935 The following day, Cletus returned. How he was going to muster up the courage to speak to her, he was still unsure of. He had always been shy around girls, but he had absolutely n
Post a Comment
Read more

August 24, 2014
Hey all, 1.) I came up with a new blogging schedule that I think will allow me time to make regular posts along with getting the rest of my work done. The plan is to post on Mondays (blogging) and Thursdays (reviews or interviews). So tomorrow, I'll have a completed blogpost. We'll see how this works. :) 2.) I was nominated by one of my filming peers for the Ice Bucket Challenge. Oh the pressure. :D With that said, have a great rest of the weekend. :) Tiffany
Post a Comment
Read more

August 21, 2014
But for now, I leave you with a quote that I am thinking of placing in the front of Descent: "History is the commonly agreed upon lie" - Voltaire Another good one as well (that I may or may not use depending on copyright rules...but I do think it fits perfectly with one of the subsequent books): "Who controls the past controls the future: who controls the present controls the past." -George Orwell If you would like to join our community and receive content exclusive to email, join our little tribe and Subscribe to my Messages from the Labyrinth Mailing List. . We promise to never share your info or spam you. Ever. You can also  subscribe to my YouTube Channel for new vlogging updates. ****** My stories, "The Cemetery by the Lake" and "Dusk to Dawn" are available at Smashwords and Barnes & Noble NOOK. More retailers will follow, but Smashwords is pretty compatible with most e-reader and PC formats. Tiffany Apan
Post a Comment
Read more

After A Whirlwind Month...

August 16, 2014
...I'll be getting back to a regular blogging schedule, though possibly a slightly lighter one (for the time being, at least). I do have a lot to say, especially following the circumstances of Robin Williams' death. I am working at getting Descent finished for September and have been given two more books to edit, along with editing a film and acting in one. Also trying to find time to work on the new music. But it's all getting done. :) Thanks for your patience, everyone and I'll be back this coming week with a new post. Tiffany If you would like to join our community and receive content exclusive to email, join our little tribe and Subscribe to my Messages from the Labyrinth Mailing List. . We promise to never share your info or spam you. Ever. You can also  subscribe to my YouTube Channel for new vlogging updates. ****** My stories, "The Cemetery by the Lake" and "Dusk to Dawn" are available at Smashwords and Barnes &am
Post a Comment
Read more 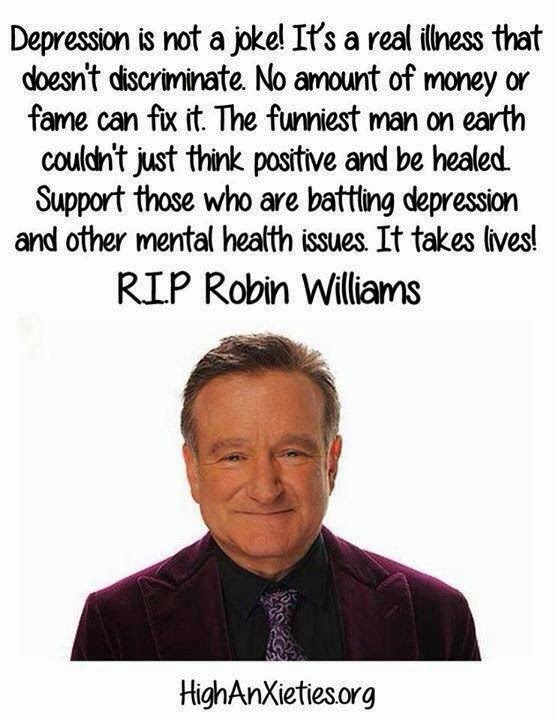 Three things I've noticed many on the internet seem to love deeming themselves experts in: History, Human Behavior, and Mental Illness.And many get all three wrong. If you don't know, please make an effort to learn something before going on a soapbox. And even those of us who do bother to research are always uncovering new turf. Therefore - and this one may shock you - one never truly knows the whole story.
Post a Comment
Read more

From the Set of Midnight Massacre 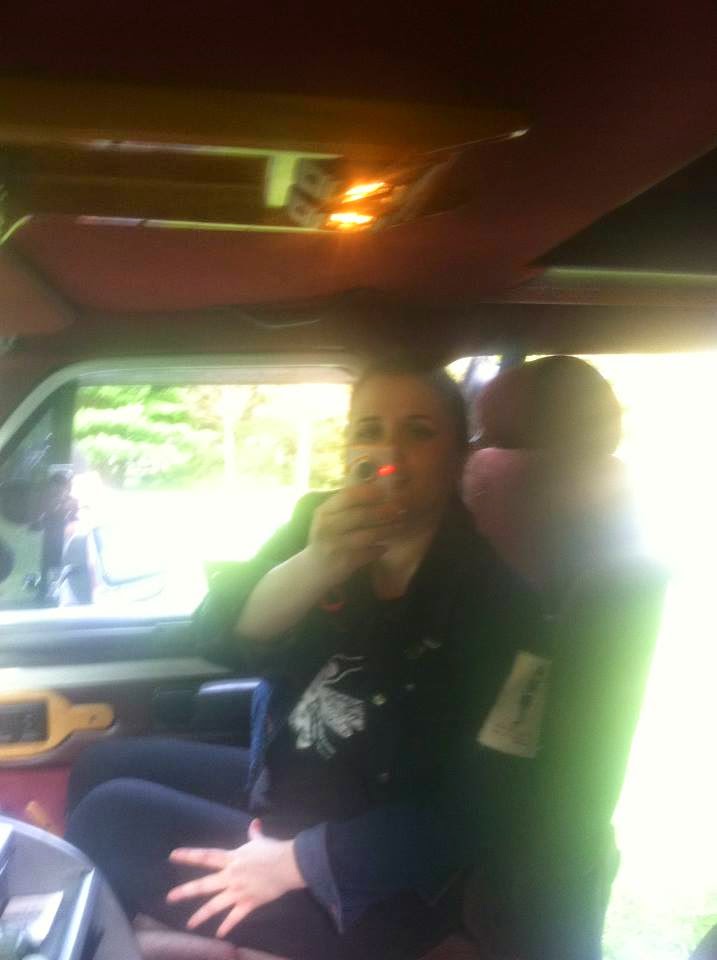 Hey all, A little photo and video from the set of the film, Midnight Massacre. I will be getting back to regular blogging as soon as possible. Just need to take care of some things over on my end. :) More is at my YouTube Channel. :) If you would like to join our community and receive content exclusive to email, join our little tribe and Subscribe to my Messages from the Labyrinth Mailing List. . We promise to never share your info or spam you. Ever. You can also  subscribe to my YouTube Channel for new vlogging updates. ****** My stories, "The Cemetery by the Lake" and "Dusk to Dawn" are available at Smashwords and Barnes & Noble NOOK. More retailers will follow, but Smashwords is pretty compatible with most e-reader and PC formats. Tiffany Apan at Smashwords  and Amazon "The Cemetery by the Lake" at Smashwords and Barnes & Noble NOOK "Dusk to Dawn" at Smashwords Tiffany on Goodreads My
Post a Comment
Read more 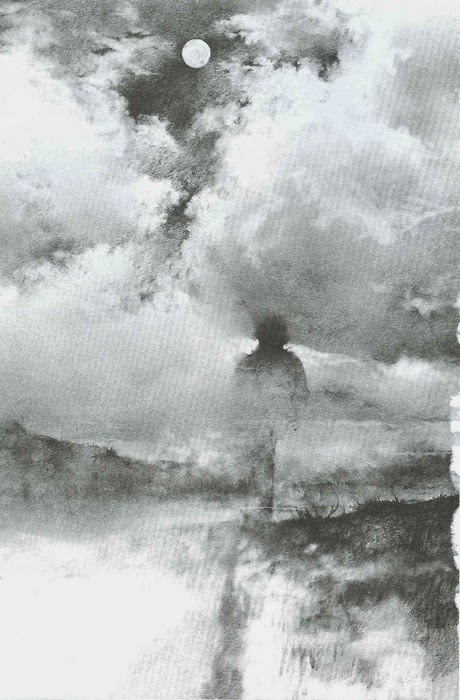 A guest post by my good friend, William Max Miller, telling the story of a night terror he experienced years ago. Enjoy! And dream well... I found myself surrounded by shadows and darkness, laying flat on my back on an altar-like stone slab. A horrible, heavy lethargy paralyzed my limbs and, as I tried desperately to move, I felt that I must have been given a dose of curare. I could hear the loud, pounding sound of my racing heart echo like rhythmic thunder through my drugged body, and a dull roaring filled my ears as I struggled hopelessly to open lead-encased eyelids. My breathing came in gasps as I fought to force air into my frozen lungs. It seemed like I was sinking in quicksand, or that I was slowly suffocating in a choking cloud of lethal cyanide vapors. An overwhelming sense of menace oppressed me, and I realized in horror that a faceless, black robed figure was approaching. The sinister shape, like a figure from beyon
Post a Comment
Read more

Keeping it Real or "Caution: This Might Offend Someone"

August 05, 2014
Hey all, I know I've gotten a bit off track with this blog lately, and part of that is due to being busy right now. Here's the truth. And this might offend some people, because everyone is offended by something these days (and that just may be the problem) : Over the passed couple weeks I've gone into a bit of a funk and I could not exactly pinpoint what it was. Part of it had to do with the fact that writing the beginnings of The Birthrite Series has been a huge emotional rollercoaster. Writing this series did require me to revisit some old demons and there were days in which I did have to stop in order to recharge and continue. Each of the characters - while each his or her own person - does have an imprint of me somewhere. Some more than others, but it is there. While such an emotional journey is often part of the creating process, it also must be dealt with in a delicate fashion. Otherwise it can consume you. So while I've been able to handle this part of the
Post a Comment
Read more 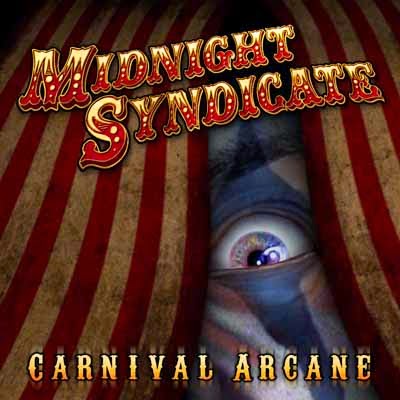 As I stated in a previous review: I love carnivals.  I love amusement parks.  I love stories and movies that involve them.  It's one of those things that you can't quite place, but they all seem to have a sense of nostalgia and mystery about them.  I also love Midnight Syndicate and have been a longtime fan.  Yes, I was the "goth kid" who sat up til all hours of the night reading the likes of Bram Stoker, Stephen King, and Anne Rice as Midnight Syndicate played in the background.  So you can only imagine my excitement when I met Ed Douglas at the Indie Gathering Film Festival a couple years ago where we were both guests. I also witnessed him being inducted into the Independent Filmmaker's Hall of Fame at the Horror Hotel Film Festival and Convention in 2012.  It was also there I ended up snagging a copy of "Carnival Arcane."  Midnight Syndicate doing an album of dark, creepy, carnival music?  Hell yeah, I was there. First a little back
Post a Comment
Read more

August 01, 2014
Hey all, Sorry I'm a little late with my newest Fifty Shades blogpost. This one did take a little reflection and I do plan to post it by Sunday. As for the releases of Descent and Sacred Atonement (The Birthrite Series #1 and #1.5) and The Twisting House (Stories from Colony Drive #4), I will say that I am probably my own worst critic. Even more than beta readers. Anytime I the stories were ready, I would do a once through again only to find more stuff that needed fixed. Descent is the foundation to The Birthrite Series, and therefore I will admit to being a little nervous about putting it out there. While I shared the first draft with you guys, this is somehow different. It will be going on the market as a .99 cent download followed by and at least 10.00 paperback. Writing a novel is different and much more work than making music or a film. It is a completely different animal, not to mention (in my opinion), more difficult to edit. No matter how much you comb through it and
Post a Comment
Read more
More posts