Showing posts from November, 2014
Show all

The final touches are being put on Descent. If it's not released by tonight than it will definitely be sometime tomorrow.

For the time being, here is a final excerpt before its release. For those unfamiliar, this excerpt is in the part of the book and story taking place in the year 1931.

Book Recap Starting After the Release of "Descent" 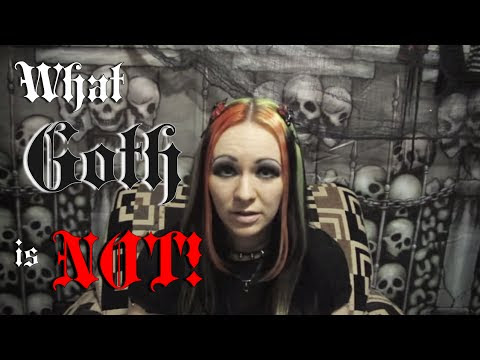 As I work toward having Descent (The Birthrite Series, #1) ready for November 30 (and bring you a couple more excerpts from the book before then), I'm announcing that I will also be doing a book recap on this blog after its release. No, I will not be recapping my own book.

As I stated in my last post, I've been wanting to do a book recap on this blog for quite some time but didn't really have a book that I would say drove me to want to do weekly recaps. My original choice was going to be Jessica Sorensen's Death Collector series. I've only read the first book in that series, but it was enough for me to start thinking of the stereotypes and tropes of the goth culture that is prevalent in much of modern entertainment because this particular series seems to have lots of it.

FOR THE FIFTY MILLIONTH TIME, PEOPLE (Thank you YouTuber, Leahmouse for this):

Yes, the stereotyping surrounding goths in a lot of entertainment is atrocious and I do plan to squash muc…
Post a Comment
Read more

Here are a couple more excerpts from the book Descent (The Birthrite Series, #1) from "Part 6, Shadows of the Past."

I'll also have news on the future of the blog once Descent is released. I've been wanting to do a recap of a book for a while on here and I think I've found one I want to do. It's appropriate too given the eras The Birthrite Series take place in. I'm also redoing my more formal website so that it's more user friendly. So I'm busy. :D

But for now, enjoy more excerpts of Descent as we get down to the wire of its release. :)

Well, it's getting down to the wire before I release this. :)

Here are two more excerpts. One is the first half of part 4 in the book titled "Kimimela's Dream." This takes place in 1846 and catches up with Jonathan and Kimimela Blake after they are married for a little over a year.

The second excerpt is Chapter 16, the first chapter in part 6 which is title "Shadows of the Past."  In that one, we are first introduced to Dorothy and the others in the year 1931.

Read after the jump and enjoy :)

Here is another excerpt from the finished version of Descent (The Birthrite Series, #1). The book is pretty much finished, save for double checking historical details and correcting some typos, as I'm finally to a point where I can read the book straight through pretty quickly without having to constantly stop and make changes (YAY!). While formatting the book for release might take a little time, the planned release date is November 30th (at least to Smashwords and Amazon) with Sacred Atonement (The Birthrite Series, #1.5) set for a Christmas Day release.
I had originally wanted to release the two on the same date, but I found myself concentrating so much on perfecting Descent that I did set Sacred Atonement to the side for the time being (which was the better thing to do anyway). I also wanted to have a pre-order set up for the two books, and hopefully I will be able to for the subsequent books in the series. But in writing a story, I am the type who will be making cor…
Post a Comment
Read more

Here is excerpt #2 from Descent (The Birthrite Series, #1) as I finish the final polish and get the ebook format ready. :)

This one is from Part 2 of the book (Part 2 is titled Nicolae's Escape). It takes place in the year 1844 with two escaped Romani ("gypsy") slaves in Romania (Transylvania). This excerpt is on the gory side.

Video Version of My "Picture of Dorian Gray" Post

This is the second time I'm doing a video version of my blogpost.

The first one I did was titled "Misconceptions of History?" :
http://youtu.be/T5JKupGc1ro

In this video, I discuss the great Oscar Wilde's "The Picture of Dorian Gray" and a topic that is not often discussed in our culture. I also touch a little on how literature from bygone eras is often misunderstood in our modern culture.

Here is the original blogpost:
http://tiffanyapanwritingproject.blogspot.com/2014/05/bygone-eras-picture-of-dorian-gray-or.html

A little more on "The Picture of Dorian Gray" and Oscar Wilde:
http://www.bu.edu/writingprogram/journal/past-issues/issue-1/duggan/

Here is also some starting info on the subject of Ageism:
http://en.wikipedia.org/wiki/Ageism
Post a Comment
Read more

First Excerpt from the Final Polish of "Descent (The Birthrite Series, #1)

Here is excerpt number one from the final polish of Descent (The Birthrite Series, #1).

Part 1: Hector's Cave has probably been the section that has been reworked the most, going through the most revisions. Simply because it starts the story off and well, you want the story to start off strong.

So here is the finished version of Part 1 after the jump. :)

Hope everyone had a fabulous Halloween. I also am happy to say that the first book in The Birthrite Series titled Descent will most definitely be released very soon. I am a couple days away from finishing the final polish (after a couple more suggestions from the lovely beta readers) and then I'll be formatting the ebook (which should be loads of fun...well, at least I have practice with formatting my short stories but this is going to be a beast).

As far as Sacred Atonement (the spin off novella for the character, Linda) is concerned, the release for that will have to wait until December. Honestly, I've been so wrapped up in making Descent a book I can be proud of putting out and a story that is a solid foundation for the series that I did stray a little from editing Sacred Atonement. So once Descent is released, I'll be able to give Sacred Atonement undivided attention. :D

2015 will see the release of Kindred (The Birthrite Series, #2), Transcend (a Carl and Do…
Post a Comment
Read more
More posts