Showing posts from March, 2013
Show all

If you are just catching up, see the  CHAPTERS section to read the Prologue-THE TIME IN BETWEEN, Section 1 before proceeding to reading THE TIME IN BETWEEN, 1846-1931.  Otherwise, read THE TIME IN BETWEEN, 1846-1931: Section 2 from the jump :)  * Note that there are four sections in THE TIME IN BETWEEN, 1846-1931 and it leads up to PART 2.  Section 3 will be posted shortly. 2 Plains, NY United States 1846 The Nathaniel Fleming Manor and Orphanage officially opened to the public in the summer of 1845, two months following the wedding of Jonathan and Kimimela Blake.   Cedric and Margaret Fleming and their daughter, Maxine, had moved into the upper quarters of the main building, which was where they would live while they ran the orphanage.   The Flemings had sold their three story house where their son, Nathaniel had passed away just shy of his twelvth birthday and were anticipating having a new start.   Cedric had put the inheritance his father had left hi
Post a Comment
Read more

Section 1 of THE TIME IN BETWEEN Posted, The Mission on the Playlist, Inspiration for the "Teresa" Character 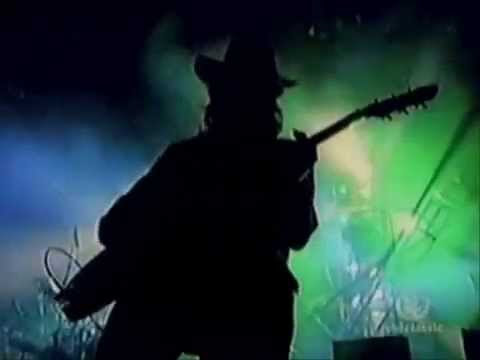 Hey everyone! Section 1 of THE TIME IN BETWEEN, 1846-1931 is now up.  THE TIME IN BETWEEN, 1846-1931 revisits the Blake and Livingston families and we might even see what actually became of Nicolae and Teresa. You can either read it from the jump at the post below or just click here. And if you still need to catch up, you can do so in the  CHAPTERS section. And another song has been adding to the Playlist.  It's The Mission's "Deliverance" : And while I haven't really thought of a "dream cast", I do have inspiration for some of the characters.  Some of those inspirations are people I know in real life and others are public figures.  This was the photo that I found inspiring while writing about "Teresa."  It was this particular still of Samantha Barks in the film Les Miserables (as Eponine). Hope you guys continue to enjoy the installments of the first Bloodlines book.  I do have a few permanent titles in mind for the se
Post a Comment
Read more

If you are just catching up, see the  CHAPTERS section to read the Prologue-Chapter 8 before proceeding to reading THE TIME IN BETWEEN, 1846-1931.  Otherwise, read THE TIME IN BETWEEN, 1846-1931 from the jump :)  * Note that there are four sections in THE TIME IN BETWEEN, 1846-1931 and it leads up to PART 2.  This is section 1 and section 2 will be posted shortly. THE TIME IN BETWEEN 1846-1931 1 Illinois-Iowa Territory Border United States 1846 Kimimela sat up in bed, pressing her palms against the cool sheets that were on top of the goose feathered mattress on the bed.   Some of the front strands of her hair matted to her face by the beads of sweat on her forehead.   She sat there, trying to get her rapid breath and heartbeat to return back down to normal.   She had seen them again, the two young women.   Kimimela turned her gaze over to Jonathan, who slept in the bed next to her.   She was relieved that she hadn’t woken him.   H
Post a Comment
Read more

If you are just catching up, see the  CHAPTERS section to read the Prologue-Chapter 7 before proceeding to reading Chapter 8.   Otherwise, read PART 1, NICOLAE'S ESCAPE: Chapter 8 from the jump :) CHAPTER 8 Night fell once again on the path that Nicolae and Teresa walked.   They had gone the entire day barely saying a word to one another.   The extent of the conversation between them had been Nicolae letting Teresa know if or when they were stopping and then asking her if she needed something to eat.   At dusk, they settled at the edge of another field near the woods where Nicolae built a fire for Teresa in silence.   Teresa had her back turned to him when Nicolae was finished building the fire. “I’m going down to the river for a few minutes,” she heard him say, “Do you need anything?” Teresa remained seated with her back to Nicolae and shook her head.   There was more silence between them before Nicolae spoke again. “Do you still have the dagger I gave
Post a Comment
Read more
More posts