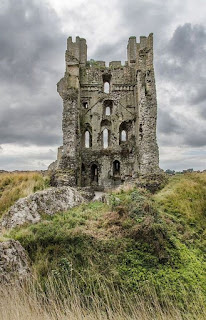 LIVING HISTORY EVENTS
How I Spend Some of My Days...
Historical Music, Irish Weather, and Wardrobe Malfunctions
More Adventures in Living History

ARTICLES
Why I Am Involved in Living History


One Sided Perceptions of History?


More History (the 'water myth) and other home projects

Living History and One-sided Perceptions of the Past, Part 1

It's International Women's Day, and frankly I feel lied to...

Lynn Riggs and The Cherokee Night...

Sex in the Middle Ages or "Privates on Parade" and 18th Century Buttoned Up Womens Fashions? 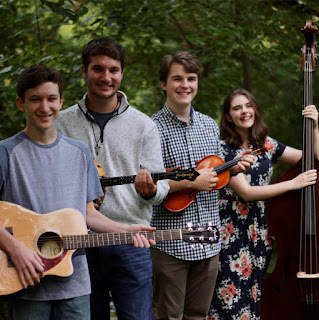 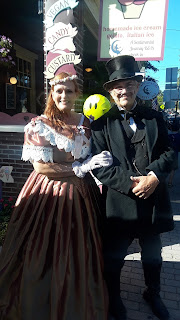 Greetings fellow adventurer! Back in September, I did get to take my yearly trip to Gettysburg, something that due to the circumstances surrounding 2020, I doubted that I would be able to do. When restrictions lifted during the summer, I wanted to take advantage of any opportunity to travel. This year's expedition to Gettysburg ended up only being a day trip instead of a weekend event, but I was very grateful to have been able to go this year. The Gettysburg adventure ended up being an episode of Dark Side of the Labyrinth and a post. You can check them out below: Dark Side of the Labyrinth, Ep. 3: My Travels to Gettysburg Gettysburgh 2020: More Photos and Anecdotes While in Gettysburg, I had the pleasure of happening upon a rather charming tent setup, which also happened to be right next to the A Sentimental Journey Bed & Breakfast, set up with jars of homemade jams, jellies, and other cool and unique gift items. Adding to my already good impression of the vendor setup, the c
Read more 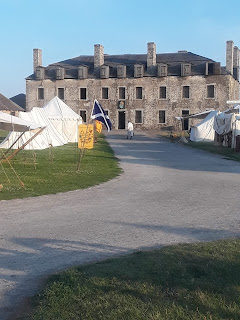 Greetings fellow time traveler, Each year on the fourth day in July, I have made it a tradition of making the pilgrimage to Old Fort Niagara. This year, I was very much anticipating fighting the English alongside my French comrades of LeBoeuf and Dumas. But alas, due to a plague that has been sweeping the land, that was not meant to be this year. No matter, though. I will have plenty more opportunity to face off with the enemy and overthrow them. Until then, I give you some adventures from years past at the fort. I remain, Monsieur/Madame, your most humble and obedient servant. A Week of My Summer Travels: Old Fort Niagara Old Fort Niagara French and Indian War Encampment, Part 1 Old Fort Niagara French and Indian War Encampment, Part 1 If you want an even more in depth involvement in this journey (which also includes my music in the Dark Celtic Rock realm, along with my stories), consider joining my Legion at my
Read more