The Birthrite Series is an epic journey into the vast unknown, plunging deep into the dark crevices of the mind, begging the question of what sanity really is and if the insane truly are. Are we really shown the whole truth of what surrounds us or is it an illusion? It also tells of deep-rooted love, planted centuries ago and a story of family, forgiveness, and redemption. 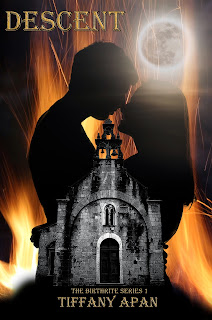 Visions of infant twin boys, clouds, a young woman taking her own life, and a collision of space, time, and realms...

On the eve of Summer Solstice in 1844, four men in different areas of the world share an experience that impacts not only their own lives, but those of the future generations. The first man is Nicolae Ganoush, a young Romany fugitive from a slave village in Wallachia. The second is Jonathan Blake, an eighteen-year-old Irishman in the American Midwest who finds himself falling in love with a young woman from a nearby Sioux village. The third is James Livingston, a prominent figure in colonial America, and the fourth is Hector de Fuentes, a sixteen-year-old from Tuxpan, Mexico with special gifts and visions enhanced by a mysterious and wondrous cave. Each man carries his own inner battle, unbelievable ancient truths deep within their lineages, and demons that are much closer to home than any of them would like.

Later in 1931, seventeen-year-old Dorothy Blake, a descendant of Jonathan and his Sioux wife, is living in Plains, New York, the town founded by James Livingston. The notorious Fleming Orphanage has long fallen into disuse but kept by the town as a landmark. The buildings loom high on a hill, overlooking the town, taunting the townsfolk with its lore. On Halloween night, Dorothy ventures up with friends, and the group of six expects nothing more than a good time along with a few laughs. But they fall into a dark, brutal evil; one that extends beyond the orphanage and town of Plains, far back into history. Their descent is only the beginning…

The Birthrite Series is an epic journey into the vast unknown, plunging deep into the dark crevices of the mind, begging the question of what sanity really is and if the insane truly are. Are we really shown the whole truth of what surrounds us or is it an illusion? It also tells of deep-rooted love, planted centuries ago and a story of family, forgiveness, and redemption.


Check out an early draft of DESCENT 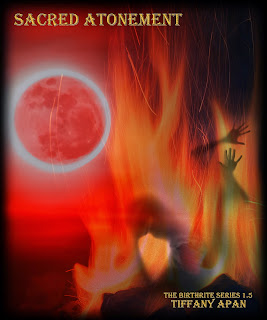 "He wondered how she would react to seeing him. Not just his physical appearance, but seeing him for the first time since what happened nearly a year ago. And what would happen once she found out what he really was?"The year 1932 is one Linda never dreamed of ever having. As a single mother raising her and Jimmy's infant daughter in a world she would never have thought existed, she tries forgetting the boy she once planned to spend her life with while plagued by the occasional dream of him tortured inside the fiery pit she lost him in. She takes comfort in knowing that Carl and Dorothy are right down the hall, but her newly married friends are occupied with trials of their own.As Linda tries making the best life she can for her daughter, a disfigured young man from the past watches her from the shadows. A man who has also uncovered truths about his own self, and wishes for a second chance.Sacred Atonement is a novelette, taking place between the events of Descent, #1 and Kindred, #2. It is a story of redemption and uncovering of truths. A story of second chances.Bonus material at the end of this book, including an excerpt from Kindred (The Birthrite Series, #2) and an outtake from Descent.


Made in Heaven (A Birthrite Series Short) 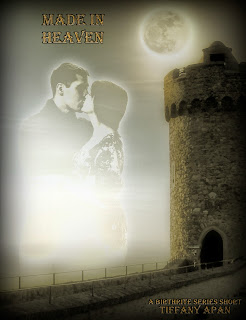 It has only been two and a half months since Reginald and Gail returned from that fateful night, a strange set of circumstances, and world they never thought could exist.Plains also seems different. Darker. While the Fleming Orphanage is quiet, evil still seems to be lying in wait. Reginald is also worried about Gail; she has been strangely quiet, a far cry from the outspoken young woman he's always known her to be. She seems to have lost part of herself.For months, Reginald has been planning a marriage proposal, already having received the blessing of Gail's father and even bought a ring with money saved from his job at the five and dime. On Valentine's Day, he takes her to The Florentine, and while Gail is appreciative, she remains distant. An encounter with Father Louis of St. Gregory the Great Church also leaves a slight chill in the air.In spite of everything, Reginald hopes for a future with the girl he loves. 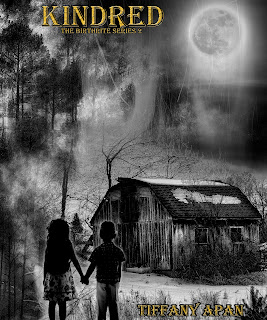 It is the summer of 1933 and nearly two years since that fateful Halloween night in Plains, New York.Born and raised in Dayton, Ohio, eighteen-year-old Cletus Blake spends his days working to help his family through the massive economic recession spreading throughout the United States and many other areas of the world. As society struggles to accept that the economic surge of the 1920s are long gone, Cletus also clings to the memory of his last phone conversation with his cousin Dorothy. Having formed and maintained a relationship with two of her close friends - the recently married Reginald and Gail Carr Johnson - the three find solace in regular communication with one another.

Like Dorothy, Cletus possesses supernatural abilities inherited through his bloodline. His vivid dreams and visions - including ones of a beautiful young Romani woman and twin baby boys - continue to increase in strength. Meanwhile, Reginald and Gail begin falling prey to dark adversaries that have been lying in wait.Evil surrounds at every turn, old friends race to help, and ancient evil re-emerges. A war between worlds brews beneath the surface, threatening to rip the protective seams that keep the portals sealed.Then in the midst of it all, Cletus happens upon a caravan traveling through his Ohio town. The very familiar Romanichal family's history ties not only to his own past, but to all the kin of the four men that experienced worlds outside of their own on that summer solstice in 1844. All are linked to a future that will reunite the Blakes and the Livingstons, two families that at one time, shared a very unlikely friendship.

Kindred is the second full-length novel in The Birthrite Series. Picking up from where Descent and Sacred Atonement: A Novelette left off, the story continues to challenge all that is known about light and dark, good and evil. Passion, intrigue, and secrets abound as history unravels. Revelations uncovered in previous installments are given new perspectives, taking the reader on a thrilling ride into a world where nothing is ever what it appears to be. 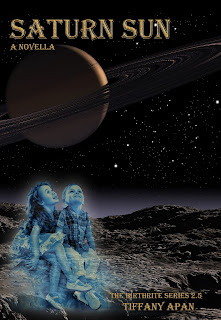 The year is 1944 and the world is in chaos. In Pinewoods, Pennsylvania, Cletus and Alisa Blake are trying to raise their boys, Ronnie and Everett as the country fights in a second world war. The seven-year-old boys differ from their peers, saving their own visions of a "fire man" and a purple sun for whispered conversations after lights out.

Then one summer day when Everett is alone outside, he sees a rather unusual little girl emerge from the forest that is in the back of his family's farmhouse. Immediately fascinated by her, he has yet to find out just how much of an impact this girl will have on the rest of not only his life but that of his entire family.SATURN SUN is a novella that takes place in between Kindred (The Birthrite Series, #2) and Rapture (The Birthrite Series, #3). It is the beginning of a plunge deep into history, where the truths and reasons behind the prophetic visions had by Nicolae Ganoush, Jonathan Blake, James Livingston, and Hector de Fuentes at the beginning of Descent (The Birthrite Series, #1) slowly begin revealing themselves. The prophetic visions that forever linked their bloodlines.

The Cemetery by the Lake (A Short Story-Stories from Colony Drive, #1) 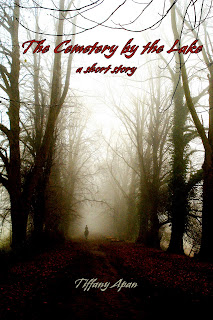 "A recurring dream, restless nights, and a personal journey to conquer old demons lead a young woman back to a day missing from nine years earlier..."


Download The Cemetery by the Lake FREE at Smashwords, NOOK, and iTunes

The Cemetery by the Lake Goodreads Page

Dusk to Dawn (A Short Story-Stories from Colony Drive, #2) 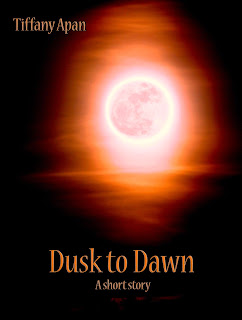 "Along the side of a dark highway, the Dusk to Dawn Diner awaits your arrival."


Download Dusk to Dawn 0.99 on Smashwords, NOOK, iTunes, and Amazon. 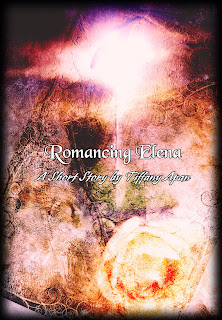 "All Elena wants is a second chance at love. Her wish is granted, though in a rather unexpected and unusual way..."

The Twisting House (A Short Story-Stories from Colony Drive, #4) 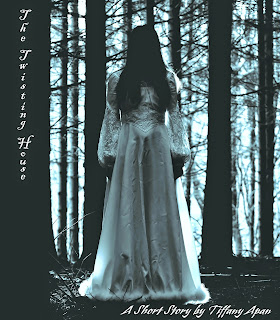 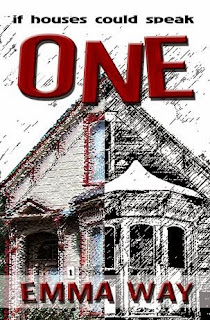 If you happen to live in, or visit the beautiful city of Pittsburgh, Pennsylvania, you won’t find a house at One Emma Way; it doesn’t exist in reality. It does, however in the minds of five independent authors (one being author G. Richard Sterling) that came together to weave their respective, fictional stories about a special, prominent feature of the old house-the grand, bay window that peers down from the hillside at the Pittsburgh skyline. Some of the stories are fictional throughout, others are based on actual places, or true events for the time period, with fictional characters experiencing fictional trials and tribulations. Some are uplifting, some not; some are believable, some, well, you’ll have to use your imagination. All however, are entertaining and interesting. By the time you are finished reading this compilation of short stories about #1 Emma Street, we believe you will be asking yourself—what if houses could speak?In this Book 4, Tiffany Apan offers two short stories that delve into the supernatural, one titled Snowflakes and the other called Roommates. One is a rather heart-warming story about a little boy who gets his Christmas wish, and the other about a young college co-ed who ends up with a rather unusual roommate situation.Features an introduction by Gene A. Ritz and prologue by George Oesterling.Check out Books 1, 2, and 3 of the One Emma Way Series, also available from authors G. Richard Sterling, Gene A. Ritz, and Carol Martin.